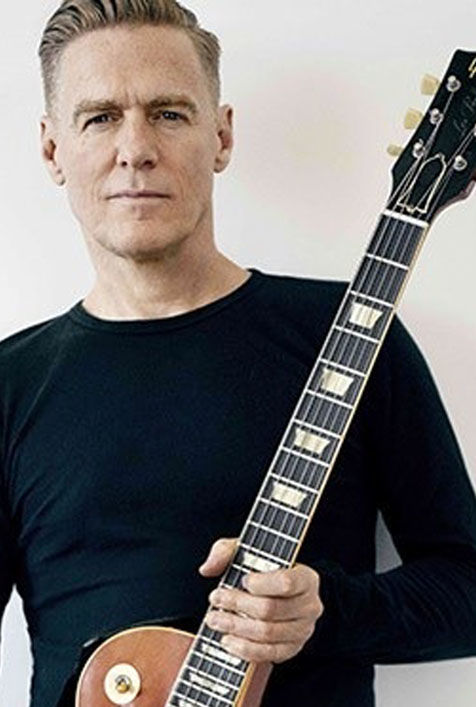 Canadian music icon Bryan Adams will be the headline act on Saturday night. 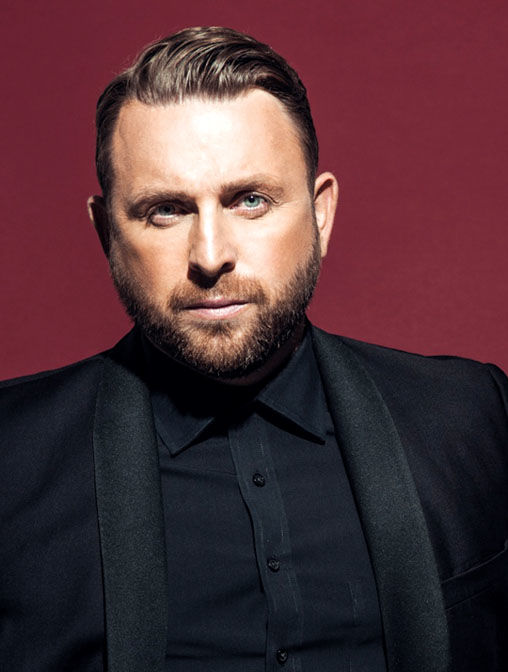 Johnny Reid is the closing act on Friday for the opening day of this year’s Thunder Bay Blues Festival.

Canadian music icon Bryan Adams will be the headline act on Saturday night.

Johnny Reid is the closing act on Friday for the opening day of this year’s Thunder Bay Blues Festival.

It’ll be old home weekend at the Thunder Bay Blues Festival this year. Much of the very best in classic Canadian popular music will be on hand at Marina Park on the weekend of July 5-7 with R&B, modern country, alt-rock and some surprises in the mix. A Canadian Bluesfest is the event’s new tradition and the musical variety this year is exceptional and familiar.

Headliners begin with a global rock legend, the incomparable Bryan Adams who’ll close the festival’s middle night Saturday fresh from shows in Australia, the U.S. and Europe on his Ultimate Tour. Adams’ catalogue of hits is instantly familiar here and around the world and a close-up Bluesfest appearance is a rare treat to anticipate.

“We’ve been actively trying to book Adams for years, so we are thrilled to have him headlining this year’s festival,” says its manager and programmer, Bob Halvorsen.

Friday night’s closer is perhaps Thunder Bay’s new favourite artist, the incredible Johnny Reid. A multiple Juno and Canadian Country Music Awards winner, Reid’s approach to music defies compartmentalization. The New York Post put it this way: “Take a pinch of Bruce Springsteen, a dash of Bob Seger and enough Rod Stewart to give the mix vocal gravel, and you start to get the vibe of this Scottish-born singer/songwriter” raised in Canada and living in Nashville.

Sunday’s festival closer is the indefatigable Burton Cummings who may have appeared more often in Thunder Bay than any other major artist, dating back in the 1960s with the Guess Who’s annual Gardens Christmas gig. One of the most celebrated rock artists in Canadian musical history, Cummings struck out on his own in 1976 and remains a steadfast constant on the scene to this day.

“We consciously sought out Grammy, Billboard, Juno and Maple Blues Award winners who are known throughout the world as music icons and/or living legends in their respective genres,” said Halvorsen in announcing the lineup this week.

Preceding Reid on stage Friday is another certified Canadian rock star, Tom Cochrane. With his band Red Ryder, Cochrane’s career has spanned more than four decades, characterized by creativity, adventurousness and integrity, taking on important social causes in between stops along his life on the highway.

Before that may be one of those bands that is remembered as a pleasant Bluesfest surprise, St. Paul and the Minneapolis Funk All-Stars. St. Paul Peterson surfaced musically on keyboards with the Time in Prince’s hit movie Purple Rain and then led the Paisley Park label’s Family Band on songs like Nothing Compares 2 U. The Funk All-Stars represent some of the best of the Twin Cities music scene.

Friday’s Bluesfest music begins with Ariel Posen, a Winnipeg-born road warrior who recently played with the Brothers Landreth before striking out on his own with his blend of rootsy blues, R&B and melodic rock ’n’ roll.

He’s followed on the festival’s impressive new stage by Isle of Man-born Davy Knowles described by Joe Satriani as “my favourite modern bluesman.” Immersed at home in the guitar styles of the British luminaries, Knowles moved to the States where his sophomore album producer Peter Frampton enthused, “Davy already has a recognizable style. He’s definitely the gunslinger guitarist of the 21st century.”

And that’s just Day One. Saturday’s music starts with local favourites The Chain followed by a must-see performance by R&B legends The Lincolns. Re-formed in Toronto by renowned bassist Prakash John following his stints with Parliament/Funkadelic and Alice Cooper (talk about variety!) this is one of Canada’s best bands, bar none. Variations of The Lincolns toured the country for years including dates in Thunder Bay at pubs like the Parkmount. This will be excellent musicianship.

Speaking of blasts from the past, next up is Alfie Zappacosta who was a Canadian radio favourite with hits like Passion, When I Fall in Love Again and Nothing Can Stand In Your Way. His enduring presence as a singer and songwriter have earned him a loyal and discerning fan base and a reputation that allows him to select prime musicians to record and tour.

After that on Saturday comes an essential concert experience. The Trews are consistently one of Canada’s favourite and best bands. Whether rocking the big stages in Toronto or small ones like this city’s Apollo, the Trews are a guaranteed good time with a hits collection known and loved throughout the country. These boys come to play every time.

And then, well, Meghan Patrick. Her latest album, Country Made Me Do It “is classic country and serves notice that she is determined to revive and carry the traditional torch,” according to her website. Beyond that, “She loves trucks, fishing and hunting, riding horses and a good stiff glass of whisky, and all of these elements fuel her countrified lyrics.” Born in Bowmanville and now a resident of Nashville, Patrick won Female Artist of the Year at the 2017 Canadian Country Music Awards.

Amanda Marshall is another familiar and favourite artist in Thunder Bay who returns following a memorable Bluesfest performance in 2017. Marshall surfaced in 1995 with a debut album the likes of which few artists can imagine in terms of its success — six million copies and seven top-10 hits.

Sunday’s music begins with James Boraski and Momentary Evolution, a roots, blues and rock band that relentlessly tours pubs and clubs in and around Thunder Bay and beyond, opening for the great Jack De Keyzer among others.

Up next is Ken Valdez, another Minneapolis product who’s almost as busy producing other musicians as he is touring. His website lays out the variety of his music this way: “From the Hill Country to Chicago, from the Delta down to Texas and every place between and far-flung, Valdez's explosive fretwork coupled with his sweet, snarling vocals make for a treat for sounds of every corner of the blues world and beyond.”

Then it’s the Ben Racine Band, hailed as one of Montreal’s most critically-acclaimed blues acts. Named 2017 guitar player of the year at the International Blues Challenge in Memphis, Racine adds the power of horns to his stage show backed by a tight rhythm section laying down a groove to love.

The Hip Show is what it suggests — an authentic rendition of the beloved Tragically Hip. According to the website, “No Tragically Hip tribute band in Canada, dives deeper into the music, the image, the sounds, the roles, the sheer essence of The Tragically Hip, other than The Hip Show. Through their performance, The Hip Show brings the full Hip experience to life . . . .”

Dawn Tyler Watson is simply “one of Canada’s true blues treasures,” says Blues Music Magazine. Other reviewers are just as enthusiastic: “Her fabulous voice and incandescent stage presence make her the Queens of the Blues in Montreal” (Journal de Montreal); “What stands out in her show is stage presence — a subtle and sophisticated confidence that exudes class” (Canadianblues.ca). Enough said.

First-time visitors to Bluesfest are Vancouver alt-rockers 54-40, “post-punk icons from the early ’80s with a catalogue of hits that spans 30 years occupying the airways to this day and no signs of stopping,” according to their website.

Finally, there’s the delightfully funny and hugely talented Jann Arden, winner of all the big awards for songs that resonate on a personal level and draw listeners in with great hooks.

Lately a TV presence with her own comedy show and offering creativeadvice (with Adams) on The Launch, Arden finds time to return to the road this summer.

From there, it’s on to Cummings and the finale of the 18th annual Bluesfest. Where else can you get, in Halvorsen’s words, 20 artists, all in one place, over one weekend, for less than $10 each when purchased on a weekend pass?

Blu tunes for a grey lockdown

Has lockdown made you cancel your world tour? Make an album. Quarantined and can’t play a live show to a sweaty crowd? Release a single. Isolated and can’t throw a Blu party? Embark on a virtual tour of promotion. Stay at home order got you missing festivals and after hours clubs? Become a l…