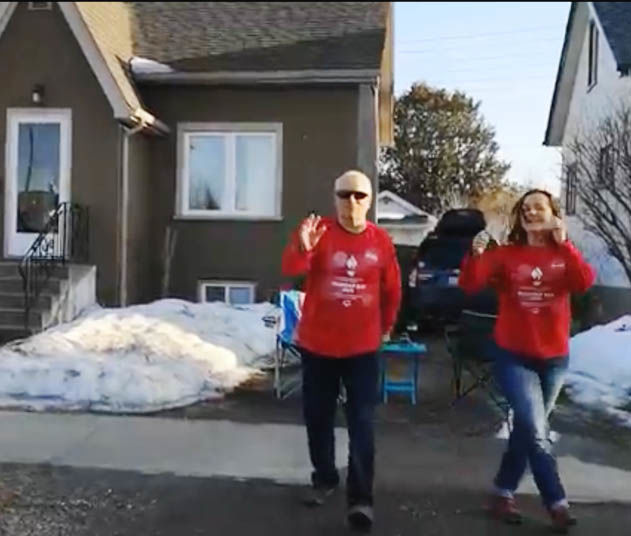 Residents of Piper Avenue in Westfort dance in front of their homes for a video to help lift people's spirits during the COVID-19 pandemic. 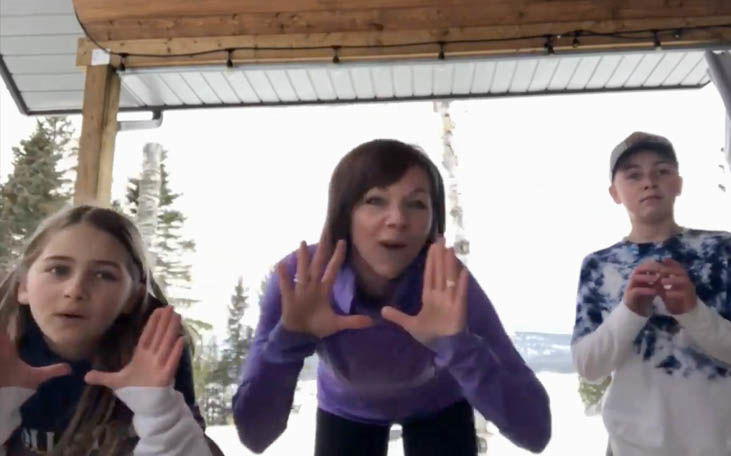 Staff of Holy Cross School and their families dance in a video made for the north-side school's students who are at home while schools are closed to help prevent the spread of COVID-19.

Residents of Piper Avenue in Westfort dance in front of their homes for a video to help lift people's spirits during the COVID-19 pandemic.

Staff of Holy Cross School and their families dance in a video made for the north-side school's students who are at home while schools are closed to help prevent the spread of COVID-19.

A pair of Thunder Bay-made online videos are proving that a little dancing can lift spirits in worrisome times.

Colleen Dolce saw videos of people in Italy singing and playing on their balconies in the midst of a lockdown across the European country because of the COVID-19 pandemic and was inspired to create something similar with her Westfort neighbours.

“I saw what they were doing in Italy last month and how it made everybody feel so good,” she said. “People getting together and trying to keep morale up. I thought how much fun would that be to do on this block where we all have big enough yards and houses where we can all stand outside and still have social distancing.”

So Dolce called up her 13 neighbours on Piper Avenue and was pleasantly surprised to have everybody willingly jump on board.

So on Monday, the residents of Piper Avenue stood outside of their houses and danced to the song Happy by Pharrell Williams and Dolce recorded the event and posted it on YouTube.

As of Friday afternoon, the video had nearly 12,000 hits.

“I wasn’t expecting that,” said Dolce, noting she figured between the 13 participating families, they would share it with their family and friends and the video would get about 130 shares.

“I was really gratified that people responded,” she said.

A few negative comments about the video making light of a horrible situation have surfaced by Dolce likened it to providing entertainment to the troops and civilians during wartimes to keep morale up.

“The intention was to keep up spirits and it really did,” she said. “It brought the neighbourhood together.”

“Nobody wants to feel alone right now and this is just a way of not being alone,” added Dolce.

“We’re all in this together.”

Teachers and staff at Holy Cross Elementary School also reached out to the community through dance in a video that now has nearly 21,000 views on Facebook and another 3,300 on YouTube. CTV has also featured the video on its Instagram account.

Principal Flora Jedruch rallied the north-side school staff to provide video clips of them dancing to Meghan Trainor’s Better When I’m Dancing and she edited them together in a video to remind students their teachers had forgotten about them.

“I had my own kids at home and I miss the students and I know my own kids miss being in school,” said Jedruch. “I think it was a nice way for us to reach out and let the students and the families know we’re thinking of them. Even though we’re not able to be together physically, we’re still able to connect with them through social media.”

The Piper Avenue video (link) and the Holy Cross videos (link) can be found on Youtube.

The Thunder Bay Art Gallery will be reopening today, but one of their popular annual fundraising events won’t be happening this year.