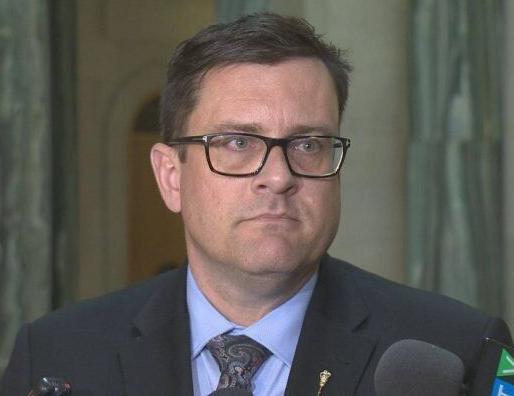 Saskatchewan Health Minister Paul Merriman and Alberta Medical Officer of Health Deena Hinshaw have given up trying to convince reluctant citizens to get vaccinated, dropping public health measures in favour of individual responsibility, even among those with COVID-19 infections. 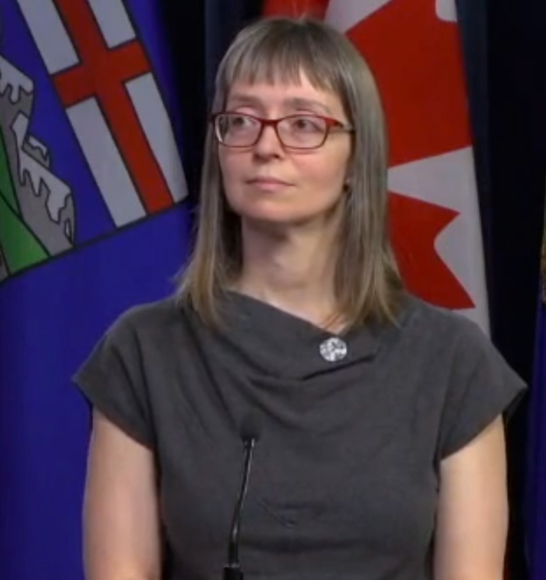 This is an updated version of a column that appeared in the print edition July 31.

The COVID-19 pandemic has reached a new stage in Canada, one that separates those who are vaccinated, and willing, from those who refuse, aren’t sure, or aren’t yet eligible. If the more contagious and potentially deadlier Delta variant catches up to this latter group, a severe fourth wave of infection is almost certain.

Delta is already ravaging populations in some countries with lower vaccination rates than in Canada where about 70 per cent of the entire population has received one shot with roughly half fully vaccinated. Experts agree that to reach herd immunity -- the stage at which the virus can’t find enough hosts to keep spreading -- we need to see close to 90 per cent of people with two shots, and maybe a third booster for vulnerable individuals, according to emerging data.

Canada has "nowhere near enough" immunity yet, says Raywat Deonandan, a global health epidemiologist at the University of Ottawa. "We're seeing the arrival of the endemic phase of this disease in places around the world," he told CBC. "Because mostly they don't have enough people vaccinated — it comes down to that."

This country now has enough vaccine doses to inoculate everyone twice over. But the rate of vaccine takeup is slowing even as the Delta variant spreads and experts fear the development of newer, even stronger breakout strains.

Too many are willing to take that risk and unless they keep to themselves they put everyone else at risk.

This is a race against time and there are too many racers who are dragging their feet. Anti-vaxxers and conspiracy theorists are proving highly adept at spreading their messages on social media where those on the fence understandably find reasons to keep delaying the decision they should make in the interests of their own health and that of their families, friends and communities.

These laggards will be the victims of their own devices. And some Canadian authorities have reached the stage where they are willing to leave them to that peril.

Alberta will lift almost all public health measures by mid-August. Medical health officer, Dr. Deena Hinshaw announced this week that among other measures, the province will no longer require those who test positive to isolate. Testing outside of clinics and hospitals is set to stop on Aug. 31, meaning the provincial government will have little ability to track or manage outbreaks. This is a dangerous political calculation that seeks to close a 10-point lead in polling held by the NDP.

"With the vaccine readily available, the need for the types of extraordinary restrictions we used in the past has diminished," Hinshaw said. Yet 35.8 per cent of Albertans still haven't received a single vaccine shot and 45.7 per cent aren't fully vaccinated. Why will those people suddenly develop a conscience?

This is a stunning development in a province where case numbers and positivity rates are on the rise. Not only will Albertans in grocery stores not know whether the shopper next to them is vaccinated, they might even be standing alongside someone who has an active case of coronavirus. That a medical doctor in charge of public health could utter such a surrender is outrageous. Health Minister Tyler Shandro says it was Hinshaw's idea.

“The United Conservative Party government and their irredeemable yes-woman Dr. Hinshaw have committed to a path forward that will result in the reckless waste of human life,” writes Blake Murdoch, an Edmonton-based senior research associate with the Health Law Institute, in The Globe and Mail this week. “Even more will experience long-term disability. This policy is repugnant and shows a true disregard for Albertans.”

Next-door in Saskatchewan, the government has simply thrown in the towel. Asked to defend dropping all public health restrictions, Health Minister Paul Merriman said the time has come to “put the responsibility back on the individual” to self-isolate if they become infected.

But why would those who have resisted vaccines to this point, despite government urgings and orders, now suddenly roll up their sleeves?

“I would guess because people are more educated,” Merriman said.

If that were the case, Regina would not now be in a position where every positive Covid case is infecting another 1.4 people and rising. Health authorities say that number must be below one in order to reverse Covid’s spread. Math doesn’t lie.

Things are getting out of hand (though the Thunder Bay area is a notable exception with just three active cases). Month after month of restrictions has dragged down people’s resilience leading to what Adalsteinn Brown, co-chair of the province’s science table, calls a fundamentally divisive point in our society where a number of people will want to see control of the pandemic, and a number of people will say, ‘I just can’t do this again.’

Meanwhile, vaccination reluctance by some allows the Delta variant to spread throughout the country. The U.S. Centers for Disease Control says Delta is even more transmissible than the viruses causing Ebola, the common cold or chickenpox.

Furthermore, it said this week, even the vaccinated carry high virus levels in their nostrils if they become infected, making it likely they can transmit the virus — especially to the unvaccinated. That’s why it is imperative to get vaccines into many more arms and maintain indoor masking until the entire pandemic is firmly reversed.

Ironically, those whom the unvaccinated will turn to if and when they catch Covid are the same doctors who have been beseeching them for more than a year now to get vaccinated. Physicians tell stories of those once in denial pleading for vaccine while gasping for breath in ICU beds. But it’s too late. Only the body’s built-in resistance to disease coupled with drugs and ventilators can hope to ward off COVID-19.

For some, it won’t be enough. For others, debilitating effects will be long-lasting. Everyone else has to hope that common sense prevails before more provinces invariably follow the lead of Alberta and Saskatchewan and simply give up.

Ian Pattison is retired as editorial page editor of The Chronicle-Journal, but still shares his thoughts on current affairs.

The magic returns; the strains of our music will once more ring forth. Consortium Aurora Borealis is back in action after the silence imposed on so many arts organizations by COVID-19.